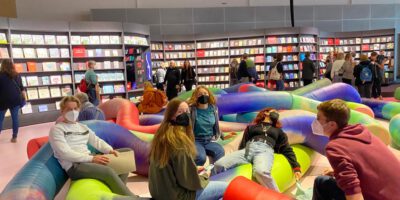 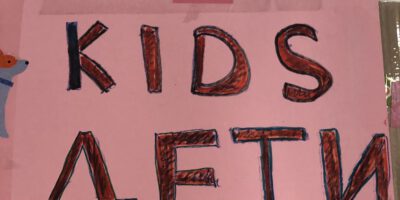 Task:
Describe and analyse the advertisement. Explain how/ which greenwashing strategies are used.

Greenwashing is a term that has been used more and more frequently in the field of product marketing, especially in advertising campaigns, since the environmental friendliness of products has increasingly influenced purchasing decisions. Fundamentally, this strategy is used to lead consumers to believe that companies are acting in an environmentally conscious way to create a better image of the company which, in fact, does not correspond to their true actions.
An example of the application of greenwashing strategies is the advertising campaign of the cosmetic brand Garnier. It deals with the new hair care line of Garnier Fructis which is called “Pure Clean” and is supposed to be the greenest hair care line of the brand.
The basic design of the advertisement shows the five products that make up the line on the left-hand side in the lower corner and above them, in the upper left-hand corner, there is the advertising slogan of the line, „Love the earth, love your hair“, written in capital letters. Below that, a short description draws attention to the novelty of the products as well as their environmental friendliness by titling them „Garnier’s greenest hair care line“.
In the middle, there is the logo of the line which consists of the name of the brand, the name of the line and a tree placed above the brand name.
Since the advertisement was presumably published online, there are interactive arrows to the left and right of the symbol that lead to further information or free samples. On the right-hand side, the head and especially the voluminous blonde hair of a woman are pictured which is presumably intended to illustrate the effect of the shampoo on the hair.
On the left, above her head, there is a goldfish and above it on the right, there is a link to their Facebook page. Overall, a very bright and green design is used. To go into more detail in which way greenwashing is used in this advertisement, it can be said that there are three major greenwashing strategies standing out.
A common strategy, which also becomes evident here, is the use of fluffy language. It can, for example, be found in the logo name „Pure clean“, which is used without any concrete information. The chosen name is meant to convey the impression that the product has no polluting ingredients and thereby the environment is kept clean with the usage of the products. This can also be linked to the illustration of the goldfish, which conveys the impression of healthy nature. Nevertheless, consumers do not know whether the product also promises this message or whether the name presumably only refers to the fact that one´s hair is pure and clean after washing it with the shampoo.
Another strategy that is used in a number of different ways in the advertisement are suggestive pictures. It is used in the colour choice of the advertisement as well as the product. On the one hand, the light blue background, which is supposed to stand for the colour of water, conveys a feeling of cleanness. On the other hand, the green lettering as well as the green packaging of the products convey the impression of environmental friendliness, because the colour green is automatically associated with healthy and undamaged nature by consumers.

Another suggestive image is the tree on the logo which is growing out of the name of the brand. Since the tree is also a symbol of nature, this follows the intention to make the consumer believe that the brand contributes to environmental protection and stands for nature.
Finally, the declaration that it is supposedly “Garnier´s greenest hair care line” contributes to the greenwashing of the products. Using the superlative form of the adjective “green” gives the impression that the line is environmentally friendly to a high degree, even though there is no data to compare it with. If, for example, other hair care lines are very harmful to the environment, they can still call it that and even if it is slightly more environmentally friendly, it could still be bad for the environment. This particular technique is called “Best in class?”.
To sum up, it can be concluded that the brand Garnier obviously uses several strategies, most of which are unconscious to the consumer, in order to greenwash their products and convey the impression of an environmentally conscious image to promote and sell their haircare line. In this context, the brand consciously plays with symbols, colours and words that the consumer associates with nature, cleanness and health and is thereby influenced to buy the products because, as mentioned at the beginning, the aspect of environmental friendliness plays a big role in many consumer´s purchasing decisions. This advertisement is only one of many brands that successfully uses greenwashing strategies.